ASTRO Malaysia Holdings Bhd may introduce new home shopping channels over the near- to medium-term, as it aims to capitalise on the country’s e-commerce boom.

“We are constantly looking at the available market opportunity and potential. For now, we are keeping our options open,” Astro Malaysia chief executive officer Rohana Rozhan (pic above) said when asked if the company plans to launch a dedicated home shopping channel for the Indian-language market.

Astro hopes that by 2020, Astro GS Shop would be able to generate annual revenue of at least RM700 million. This is 40% more than the RM500-million target it announced early this year. [RM1 = US$0.24 at current rates]

However, Astro GS Shop’s revenue contribution to the group is expected to expand. Analysts are expecting Astro’s total revenue to be about RM5.5 billion this financial year, which would translate to a 3.1% contribution from Astro GS Shop if the estimates by analysts and Astro are spot on.

From the amount, the non-store retail sector, which includes home shopping and e-commerce, is estimated to grow 44% a year to reach RM3.6 billion by 2020.

With its RM700-million target, Astro is essentially hoping to achieve approximately 20% market share in the non-store retail sector. Based on feedback from customers, a dedicated channel for the segment will be complementary as a big bulk of their buying decisions comes after watching the channel, he said.

“They actually enjoy watching the TV demonstration. But we discovered that Chinese behaviour is slightly different. “Perhaps they are impatient, but what we realised is that if they see something they like on the channel, and they trust the product after watching the demonstration, they will order it through mobile or PC,” said Tan (pic).

“So it’s not that they are not watching the TV. In fact, TV is still their primary medium. That’s where the enjoyment and the fun element come through,” he declared.

Earlier this year, it launched its first home shopping channel targeting the Malay segment (Ch 118 on Astro). Its services are also available on its Go Shop website, as well as on mobile.

Besides revenue, the company is also seeing growth in customer base. Currently, it has sold 500,000 products to some 250,000 customers nationwide. Late last year, after a soft launch, it had about 75,000 customers.

While Astro said it is confident of achieving its RM700-million target by 2020, industry observers and analysts had one concern: The new JV’s profitability.

On the surface, Astro GS Shop is a business that involves significantly higher costs than conventional e-commerce plays.

Industry observers note that higher costs result in lower margins, and thus a longer period to hit the break-even point.

However, Rohana is confident that the business is viable.

“First, you need to understand that the products we are offering on our platform are targeted at the premium segment – which ultimately translates to higher margins. Some of the items can fetch double-digit margins,” she said. 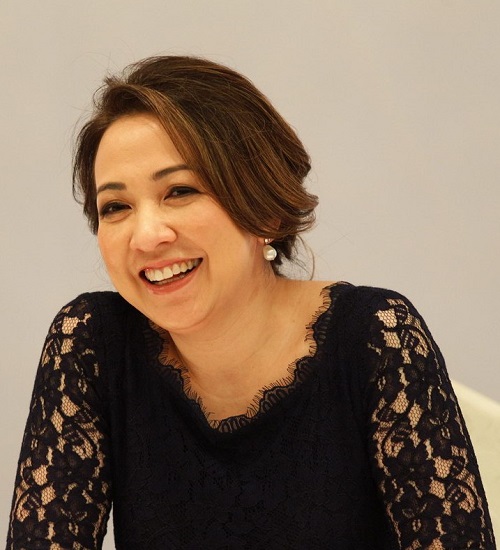 “So essentially, we see Astro GS Shop as a unit that is involved in the high-volume, high-margin business,” she added.

Rohana (pic) argued that Astro GS Shop’s business plan is very different from most conventional e-commerce players, where it leverages on its reach via various media like TV, mobile and online.

“We have a base of 4.6 million households, and each household has four to five people. So we have an immediate addressable market of 20 million people,” she claimed.

“We have every intention of getting to 80% household penetration with both the Astro pay-TV service and NJOI,” she added, the latter referring to its subscription-free satellite TV service.