Analysis: Making sense of the Dell-EMC mega-merger: Page 2 of 2 Although analysts acknowledged that the merger has some plus points and that the two companies enjoy some synergy, they also pointed out that Michael Dell has not fully explained how the two companies are going to address several major challenges going forward.

Independent analyst Charles Pund of Pund-IT noted that unlike the US$25-billion mega-merger between HP and Compaq, the Dell-EMC agreement is also different and more complementary to both parties, than the one that then HP CEO Carly Fiorina pursued in 2002.

In a blog post, Pund argued that Dell’s overlap with EMC is minimal and that the two companies can still work out the differences, and that Michael Dell surprised everyone with his leadership in the move to take his company private.

Nonetheless, he believes that the fact that Dell and EMC have been long-time partners might alleviate some of these issues. But Pund (pic) warned one area that does deserve close attention is the retention of key personnel.

“Over the past decade, EMC has built one of the deepest management/ executive teams in any industry,” he argued.

“Many of those men and women are probably wondering what a future at Dell holds, so engaging and assuring them about their value to the combined companies is a critical task.”

Technology Business Research (TBR) analyst Krista Macomber said the ‘sales culture’ side of the deal is also in question.

In her blog, she said that although portfolio integration will lay the groundwork for the proposed Dell-EMC entity to execute on growing opportunities in the data centre, such as cloud data centre build-outs, equally important are the integration and natural synergies of the soft assets being brought together.

“TBR believes Dell and EMC bring distinctive and differing cultures to the table that will be challenging to integrate,” she argued.

“The selling strategies of both companies have been highly successful historically but have become less effective as end-customers have shifted to the cloud,” she added.

Macomber said that Dell has long-standing expertise in maintaining an optimised, low-cost distribution channel while EMC, on the other hand, has a highly motivated, aggressive direct-selling organisation with a penchant for selling to data centre managers.

“Neither has a strong history of delivering transformation services, although EMC has been making more progress in building out those capabilities than Dell,” she said.

Yet another important question is what happens to VMware. The use of tracking stocks has not gone well in the market, and VMware’s shares has fallen some 24% since the deal was announced, reports WSJ.

VMware CEO Pat Gelsinger (pic, above) however remains optimistic about the long-term benefits of the deal, although he did concede that in the near term, there will expected volatility in its share price.

Also weighing down VMware’s shares is the fact that EMC has decided reorganise the two companies’ cloud-computing offerings into a subsidiary named Virtustream, which is expected to go live early next year.

The decision to set up Virtustream has raised more questions than either Michael Dell or EMC's Tucci can answer, for now.

Many have criticised the timing of the Virtustream move, as they did the M&A, with some calling out the situation as a bad deal for VMware shareholders, reports business daily Barrons.

Some have even called on investors to outright sell VMware’s shares now, before it is too late.

From a technology perspective, Forrester Research analyst Glenn O’Donnell believes that VMware is the growth engine of EMC and without it, Dell-EMC will find itself mostly shut out of the cloud, and stuck trying to sell premium-priced products to a big but shrinking enterprise market.

“Forrester expects Dell to retain the right to dictate the future of VMware at nearly any cost,” he said in a research note (registration required).

“The new Dell will have converged solutions to power private clouds, a hosted private cloud in Virtustream, and a second-tier public cloud in vCloud Air, but these won’t be a match for hyperscale public cloud leaders Amazon Web Services Inc (AWS), Google Inc, IBM Corp, and Microsoft Corp.”

Elaborating further an in interview with IT News, O’Donnell said, “This deal makes Dell a far stronger player in the traditional sense of IT technology vendors. The problem is, the future belongs to non-traditional players.” 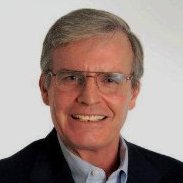 TBR principal analyst Geoff Woollacott (pic) agreed. In a blog post, he noted that one of the first challenges for the new entity is to transform itself from a traditional IT vendor to one that has an ‘as-a-Service’ mindset.

“It remains to be seen if the companies are truly better together ... given the tie-up between companies does little to capitalise on the ‘as-a-Service’ economy,” he argued.

Another challenge is the changing trends in market place, which Dell-EMC will face when the merger is finally complete in approximately 18-24 months.

Woollacott  said this M&A brings together two companies that have struggled to adjust to the market and customer shift to cloud computing, and although EMC-Dell has a handful of cloud-related assets, larger businesses in traditional hardware infrastructure are declining.

The challenge for Dell-EMC will be to more successfully build out a portfolio of services and software assets that deliver value around their strong hardware portfolios, once this merger is complete, he argued.

“Neither vendor will be a direct provider of cloud technology [unlike AWS or Microsoft] so both will continue capitalising on cloud opportunity by enabling their partners and customers to deliver cloud services to end-users.

“That strategy will remain an uphill battle for both companies post-merger, but the combination will assemble a broader set of tools for Dell-EMC to bring to bear against other end-to-end cloud enablers,” he added.