WHILE it seems that every industry in the world is whizzing away at the speed of electrons, there are some that still putter along at paper speeds. The oh-so-critical medical and healthcare sector is notorious for this, happy to have patients’ charts and medical reports on paper.

Now with aging populations and rising incidences of lifestyle diseases, the sector is struggling to cope, with increasing reports of bed shortages at hospitals.

“It’s a mismatch between what the medical system is designed to do and how people need to be treated,” says myHealth Sentinel managing director William Chew (pic above).

“The medical system is episodic, designed to treat incidences of a disease and cure it. But with chronic diseases, you have to manage them, and they consumer three time more healthcare [resources] than a regular non-chronic disease,” he adds.

What the sector needs to do is boost productivity, and to combine and form a holistic view of healthcare, according to Chew, speaking to Digital News Asia (DNA) in Singapore recently.

“Boosting productivity – in other words, doing more with what you’ve got,” he quips.

“The strategy for doing that is called healthcare system integration – taking disparate pieces of the systems, hospitals, nursing homes, and GP (general practitioner) clinics, and bringing them all together as a holistic organisation,” he adds.

Singapore has already taken steps in that direction, establishing a centralised National Electronic Health Record with its Ministry of Health. With it, doctors can see a patient’s health records regardless of which facility the patient visits.

There is a 10-year plan for this undertaking, but what has been unappreciated is how the healthcare sector is going to connect everything together online.

And that’s where myHealth Sentinel comes in, Chew declares.

“That’s why we formed the business five years ago as a B2B (business-to-business) telehealth company – we foresaw this problem of healthcare connectivity,” he says.

The telehealth startup started off with connecting medical devices in hospitals, allowing for readings to be immediately uploaded to an electronic medical record (EMR). This cuts out needing someone to input readings from paper to the digital record.

This also included translating and transforming data between legacy systems, according to Chew.

Now myHealth Sentinel has telehealth offerings that utilise third-party devices to collect readings to upload to the cloud, for medical practitioners to observe a patient and make treatment changes.

“We designed and rolled out a commercial telehealth service in Singapore, taking commercial third-party wireless devices, aggregating the data, and uploading it to the cloud,” says Chew.

“We offer different views for doctors, nurses, patients and family,” he adds.

This solution is geared towards helping the medical industry better monitor patients with chronic diseases, according to Chew.

“We are not just about technology, we are about process and workflow – what we recognise is that telehealth imposes burdens on clinicians.

“All of this is assumed, by all the technology providers,” he claims. “We do not make such assumptions, and have undertaken these mundane but mission-critical tasks.

All this work has resulted in an improved healthcare outcome. The current model has ‘first intervention’ timed at one to two months, Chew claims, citing a study done by National University Hospital School (NUHS).

“In telehealth, it is 10.7 days because doctors would know what’s happening, and they can pull you in much earlier and reiterate the medicine much earlier,” he adds.

This reduced the time of bringing patients under control from three to six months, to under a month for a cardiology department, he claims.

The healthcare sector has seen the benefits of telehealth, with myHealth Sentinel conducting a pilot project that took everything to the next level.

“This pilot was so successful that it transcended pilot status and is considered a standard clinical service,” Chew declares.

“It no longer needs permission or government funding, any NUHS physician who wants to prescribe it may do so.

“It’s the first time it has ever happened in Singapore – everything else has been a trial, this is now a standard clinical service.

“It is kind of a breakthrough,” he adds.

Frontier Medical Group, a private medical group with 10 clinics, has also adopted the telehealth startup’s solutions to monitor its patients.

Challenges in the system Yet for the benefits the telehealth system brings, there has been resistance from some medical practitioners.

“It’s all about workflow, the boon or bane of technology systems,” says Chew.

“That’s one of the greatest challenges for successful adoption or deployment – you have to have collaboration with, and the support of, the users.

“A great deal of time and effort was invested into understanding their current workflow and collaborating with them to see how they would make use of the new information,” he adds.

Some changes may not have any workflow to support them, or may disrupt the current workflow, so users will need to figure out how to make use of the information that is now more timely or available, according to Chew.

“Humans are innately averse to change, they resist change … and if they don’t understand the change, they dig in their heels,” says Chew.

“We have to sell them on the benefits. There’s an induction process that has to go on in terms of getting them to understand the benefits and potential impact,” he adds.

Despite being situated in a regional hub like Singapore, myHealth Sentinel has not expanded outside its borders, content to first focus on its domestic market.

“We have not sought any international opportunities – our whole strategy is to create success in Singapore, and create a Singapore brand,” says Chew.

“If you are acknowledged as a leader in Singapore, then you have a much easier time promoting your brand internationally,” he adds.

This domestic focus has allowed the telehealth startup to carve up a huge chunk of the pie in Singapore alone, according to Chew.

“If you talk broadly about healthcare connectivity, I think we can hold our own, particularly in the area of medical device integration – we are already in 50% of the hospital systems [in Singapore],” he declares.

“We have done our national service – the NUHS project was not a money-making venture, it was a call for collaboration. There was co-investment involved, we saw it through and worked with NUHS to make it a huge success,” he adds.

But now expansion is on the cards, with myHealth Sentinel being invited to other countries to discuss opportunities.

The startup has undergone three rounds of funding, all from family and friends, according to Chew.

“We’ve funded ourselves purely internally with S$5.6 million (US$3.96 million) in equity.

“We’re planning an IPO (initial public offering) at some point – we are looking at deepening our financial strength, and an IPO is one of the options we are seriously looking at,” he adds. 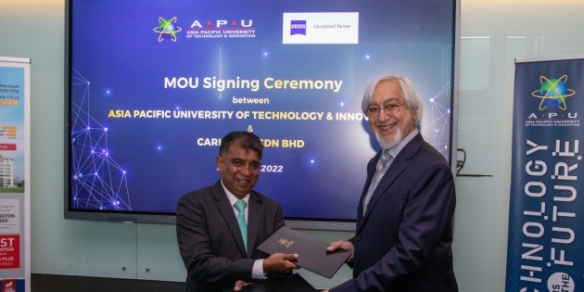