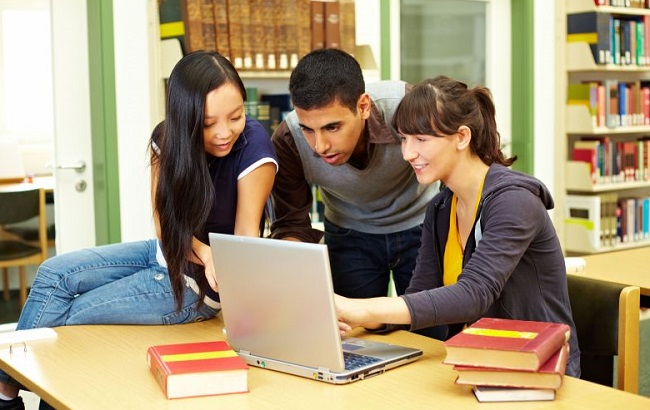 INTI International University and Colleges (INTI) said that in 2015, 85% of its subjects were taught via blended learning, a combination of conventional face-to-face and online learning, adding that this learning method was “one of the many factors that contributed to 2014’s student outcomes.”

In 2014, 97% of its graduates were employed within six months of graduation, it said.

Also, 16% received job offers even before they completed their studies, INTI added, although it declined to reveal the number of graduates it had in 2014.

It also claimed that 78% of its employed graduates get paid above the market average for their first jobs, although it did not specify exactly how much higher. The entry-level market average is about RM2,100 (US$501), according to INTI. “Learning via technology allows students to collaborate with each other easily on teamwork-based assignments.

“We don’t really need to teach them on how to use technology, and through blended learning, they soon realise the value of technology in education,” she told Digital News Asia (DNA) in Putrajaya on Dec 4.

She spoke to DNA on the sidelines of INTI’s second annual academic conference themed Hybrid Blended Online: The Future is Now, which shared local and international best practices and ideas on innovative learning methods.

The conference was attended by about 600 INTI’s academic staff from all over Malaysia.

“Through technology, students see the value or need to do things in a different way, as blended learning is a lot more active than traditional, didactic lecture-based kind of learning,” he said. “For instance, nowadays you see more working adults and professionals in Malaysia enter the post-secondary space.

“And perhaps these people have a family and a busy job, where committing themselves to going into a university twice a week for two to three years will probably prevent them from attending the institution.

“Thus, the application of technology in this case is an online programme. Identify the problem first, then apply technology to it,” he said.

Earlier in July, INTI launched INTI MBA, a programme aimed at working professionals who wish to upskill and thus enhance their career prospects.

According to INTI, the programme leverages heavily on technology to ensure that the course delivery is personalised and flexible enough to accommodate working professionals’ busy schedules, as well as to make it more accessible.

Meanwhile, Malini said she was surprised to find out that Malaysian students’ readiness to accept blended learning wasn’t an issue when the initiative was first introduced in 2012.

In fact, it was well-received among students because they were learning “in a way that they’re already used to,” she said.

“Students nowadays are really tech-savvy and through technology, they are very willing to participate actively in discussions that were posted to them, including the ones who are normally shy and introverted,” she added.

Indeed, technology has given a voice to the voiceless, said Sugarman (pic below).

“In the online world, there are no cultural gaps – everyone is free to express their opinions regardless of their identity or where they are from.

“This means that even students who usually sit at the corner of the classroom and seldom voice their opinions, may be actively voicing out opinions on the Internet,” he said. On blended learning and Malaysia MOOCs

Digitalisation to drive Asia’s higher education IT spending to US$10.4bil