THE Association of South-East Asian Nations (Asean) region continues to be a fertile ground for cloud computing, and is poised to unleash innovative, disruptive technologies, according to a senior Amazon Web Services Inc (AWS) executive.

Some of the world’s largest enterprises are preparing for new forms of competition, particularly from small, innovative startups that are coming out of the Asean region, according to AWS chief technology officer Dr Werner Vogels (pic above).

In a conversation with Digital News Asia (DNA) in Kuala Lumpur recently, he said many companies are engaged in digital transformation projects today, and this is one of the major drivers of cloud adoption.

Digital transformation is no longer a corporate experiment or even a marketing sideshow, but underpins everything enterprises are doing to gain a competitive advantage, he argued.

“The thing is, digital transformation is very well suited to the cloud and its associated technologies.

“Enterprises are not just looking at cost savings but are [adopting the cloud] to gain better agility, time-to-market, and greater efficiency,” he said.

Vogels, who toured Asean countries last November, said that many large multinationals based in Europe and the United States have begun establishing their presence here in Asia. These include Royal Dutch Shell, Unilever, General Electric, and player Capital One.

All these companies are preparing for new forms of competition, according to Vogels.

When asked about the signs that these new forms of competition are rising out of Asean, he argued that he can see “real entrepreneurship” happening in this region.

He cited Indonesia as an example of having a burgeoning entrepreneurial scene.

“In my travels, I’ve seen recently in Indonesia that a typical family may have more than one member who is an entrepreneur. One person could have a shoe shop, while his brother could have a book shop – both of which are powered by cloud technologies.

“In the past, an entrepreneur would start a business, gain lots of customers, increase revenue, get more investment, and be acquired in the end.

“I don’t see much of that … in the region, as everyone wants to build a business that will last a long time – and the cloud helps them to do this,” he added. Large enterprises will not only have to contend with lively startups, but also cloud-native companies.

Alluding to Malaysian-born companies such as ride-sharing startup Grab (formerly known as GrabTaxi) and online video streaming provider iflix, Vogels said he believes these companies are trying to disrupt the markets they’re in.

The banking and financial services sector is another vertical that is potentially ripe for disruption from cloud-based startups, according to Vogels.

“From my observations, the biggest competition banks will face five years from now will not be from other big banks, but from small players offering flexible, agile products and services.

“And some of the world’s largest banks are all preparing for these new forms of competition,” he said.

Five years ago, this would not have been a problem because banks had greater IT resources and would have had more extensive capabilities.

But today, with the cloud, everyone has the same set of resources – and in some cases, startups have greater resources than banks via the cloud, Vogels argued.

“This is why many banks are moving their innovation process to the cloud as well as their other substantial pieces, so that they will be ready for the new level of competition – which they expect to come [from startups],” he said. 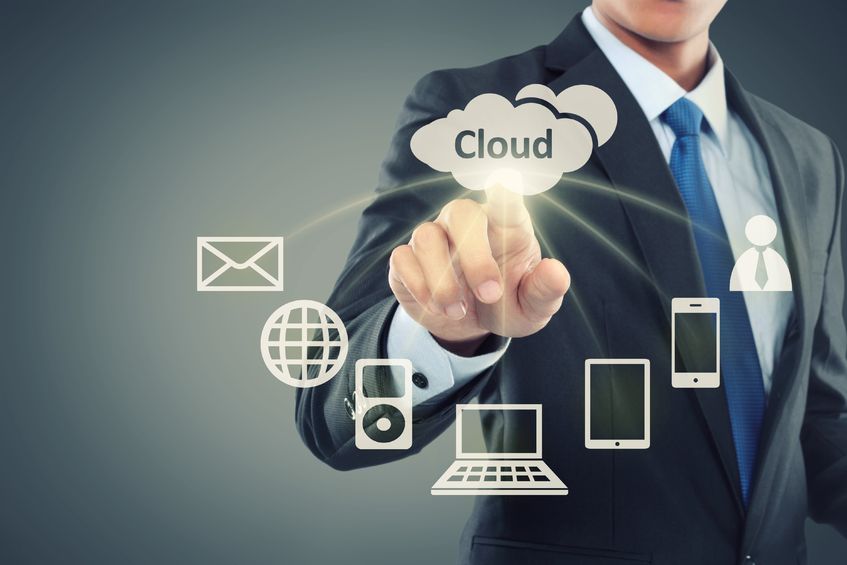 Just how prepared are large enterprises for the cloud? Speaking in an exclusive interview with DNA 18 months ago, Vogels said then that the cloud is an inevitable force and is here to stay, but impediments to cloud adoption came from within the enterprises themselves.

“… there is a need to find the right advocates within the organisation to champion these changes. This is what traditional change management needs to overcome with regard to the cloud,” he had previously said.

Asked how things have progressed since then, Vogels was much more upbeat. “[The last time we spoke], I had said that it would be much easier to get large enterprises onto the cloud if there were pockets of people who became advocates for the cloud within a large organisation.

“It’s much easier to introduce the cloud if you can point to one successful project.

“What I’ve seen is that there are good examples of this happening, particularly around analytics.

“Executives want questions answered – how efficient things are; where your resources are; and what customers are buying – basically, questions that try to make sense of data and get new insights into operations or new knowledge about customers,” he said.

AWS has seen more of its customers using analytics – many had not considered using analytics in the past because a centralised data warehouse system within an organisation can be very expensive, according to Vogels.

Under the old, on-premises paradigm, projects may also be delayed because there would be a queue to run database queries.

These are all impediments that turn people off, he argued.

“But with data warehousing on-demand and on the cloud, we’ve seen a shift as many more business units are starting to use analytics, just because they now have the capability to do so,” he added.

AWS has put a lot of effort on beefing up its educational structure and training, all aimed at building programmes to educate governments, regulators, and customers, Vogels said.

“We have also put up a number of frameworks, based on the best practices we’ve seen in other enterprises.

“One of them is a cloud adoption framework, and it’s all about people and processes, and how to organise them.