FOUR months after it started looking for money, on-demand Malaysian concierge startup Belazee Group Sdn Bhd has raised an undisclosed pre-Series A round.

Belazee operates the Bemalas digital concierge service in Malaysia, or Belazee in the other four countries it is present in – Brunei, the Philippines, Singapore and Vietnam. ‘Malas’ is Malay for ‘lazy.’ The company and brand were previously known as Be Lazee and Be Malas.

The company claims to be handling 30,000 requests monthly across its five markets.

Declining to disclose the funding amount, cofounder and chief marketing officer Suthenesh Sugumaran said that “this time, we want to focus on our customers; how we can use this funding round to help make their lives better by building a better platform.”

Last June, Belazee landed a US$500,000 seed round led by Japanese-founded and Singaporean-based KK Fund, as well as Cradle Fund, a non-profit under Malaysia’s Ministry of Finance.

Customers are using Belazee in quite mundane ways to make their lives better, according to chief executive officer Adlin Yusman.

“When we started, we thought we were going to see a bunch of novelty requests – like ‘fetch me in a Ferrari,’ ‘buy a boat,’ etc. – but novelty requests are less than 2% across all markets,” he told Digital News Asia (DNA) via email.

“People just need to get things done; and we are – or at least we strive to be – the best enabler for them,” he added.

To do this, it will be strengthening its proprietary technology platform and its market position in the five countries it currently operates in.

The business model is also being strengthened. “We will be fully ‘conversational commerce’ in all markets by end-Q2,” said Suthenesh.

“Our app will be rolling out in stages over the next three to six months, starting with Malaysia,” he added. Meanwhile, Adlin described conversational commerce as e-commerce that is enabled by a conversation.

“Get your car serviced and book your table for dinner – this would not be possible without a conversational layer on top, and an e-commerce platform to support the extensive merchant database,” he said.

Belazee is among the three Malaysian startups that KK Fund has invested in, and all three have secured a second round of funding. The other two are TheLorry and Kaodim.

KK Fund general partner Koichi Saito said, “We are excited about Bemalas’ achievements. It is our third investment in Malaysia, and goes to show the strength of the Malaysian startup ecosystem.” 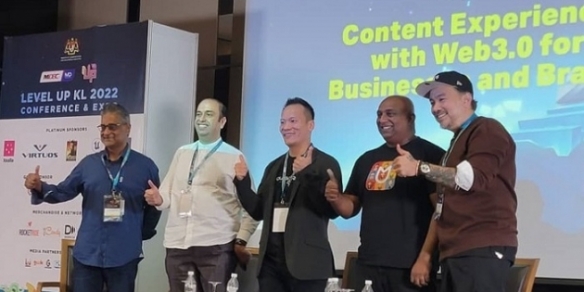