Launching the Asus ZenWatch 2 smartwatch in Singapore on Oct 29, the company announced the wearable will begin shipping in Singapore from Nov 14 and retail for S$229 (US$165).

As the name implies, this product is the follow-up to the original ZenWatch launched back in 2014.  That wearable wasn’t officially sold in Singapore, but was (belatedly) made available in Malaysia.

Asus’ country manager for Singapore, Leo Tseng (pic below), told Digital News Asia (DNA) at the sidelines of the launch event, the decision not to introduce the original ZenWatch to Singapore was due to timing. “At that time [early 2015], the price was high and consumers weren’t educated about smartwatches, so if we brought that product in, there would be trouble for us.

“Now, Apple has since launched their smartwatch, so consumers have a better idea and feelings towards this type of product,” he said, alluding to improved consumer awareness about  smartwatches thanks to the buzz generated by the Apple Watch.

Tseng also noted that there was a clear directive from Asustek’s chief executive officer Jerry Shen to the product team to improve on the wearable and make it more affordable for consumers without sacrificing on quality.

Compared to the recently launched Huawei Watch which starts at S$549, or even the Tizen-powered Samsung Gear S2 which retails for S$448, the Asus ZenWatch 2 looks like a sweet deal.

And unlike its rivals, Asus is sticking to one price for its watch, even though it comes in two different sizes “to cater to both female and male users”, according to its press materials.  When asked for the reason behind offering just a single price point, Tseng said it was to reduce consumer confusion. The 1.63 inch ‘Sparrow’ model is similar in size to the previous ZenWatch, while the 1.45-inch ‘Wren’ version will suit smaller wrists.  Those measurements refer to the size of the display. 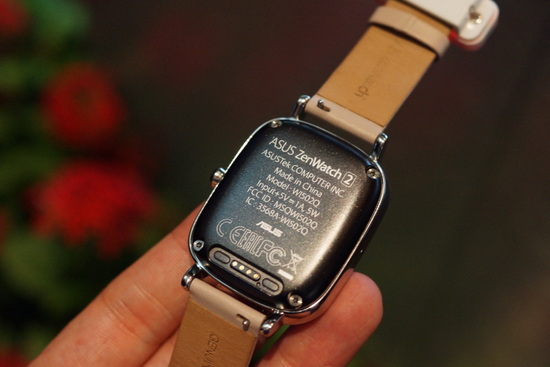 To provide some design variety, Asus is also making available a number of interchangeable straps for the watches, priced at S$39 (US$28) each.  The bands will come in both rubber and plastic options, and will be available at the end of November. The original model (pic above, left) was critically well-received, partly due to its sleek design and leather band.  In this regard, Asus hasn’t strayed too far from that design philosophy.

Rather than going for a circular face, the company is continuing with a rectangular-shaped stainless steel watch case design with rounded edges, leather bands and metal buckles.

A metal crown button is fitted on the right, similar to wristwatches and provides a way to access apps and turn the screen on or off. The watch display has a slightly curved surface which Asus claims improved usability and is protected against scratches with Corning’s Gorilla Glass 3.

One marked change over its predecessor is the design of the watch clasp. The original model utilised a large metal clasp that joined both sides of the band together. The new ZenWatch opts for a more traditional buckle and is less conspicuous and looks more refined by comparison.

One area which Asus didn’t iterate on however, is the internal hardware specifications. This smartwatch continues to rely on the same Qualcomm Snapdragon 400 processor, with 512MB of memory and 4GB  of storage.

The display resolution on the ‘Sparrow’ model is also similar at 320 x 320 resolution, while the smaller ‘Wren’ model comes with a lower 280 x 280 resolution.  Asus is also utilising the same high-contrast AMOLED screen found in the original watch.

In terms of battery life, the company claims the new watch is fitted with an enhanced battery (400mAh for Sparrow, 300mAh for Wren) which will provide up to two days of use on a single charge.

It said it made some improvements to the charging mechanism, utilising a magnetic charger which takes slightly more than half an hour to charge the unit from zero to 50 percent capacity.

Like most smartwatches today, the ZenWatch 2 comes with a number of different sensors to track your activities and how long you’ve stayed sedentary, but unfortunately it dropped the heart-rate sensor from this model.

Tseng said few people used the heart-rate sensor found on the original ZenWatch, so it decided to focus on other areas, like being able to track a larger variety of activities, including push-ups and sit-ups, aside from the usual walking and running motions, as part of its updated ‘Wellness Manager’ software. Compatible with Android smartphones and iOS devices, this wearable also includes new apps like  ‘FaceDesigner’ (pic above)  which lets you create your own watch face from your smartphone, and ‘Business Helper’ which helps users keep track of their agendas, manage their emails and viewing call logs, without having to check their smartphone. Speaking with several of the trade partners and members of the media who were present at the launch, DNA found the reaction to be generally positive, especially when it came to the price of the watch.

Some believed this would help to encourage users to try on the watch for size, and since the ZenWatch 2 is available in two sizes, it would hopefully meet the needs of the fashion conscious as well. 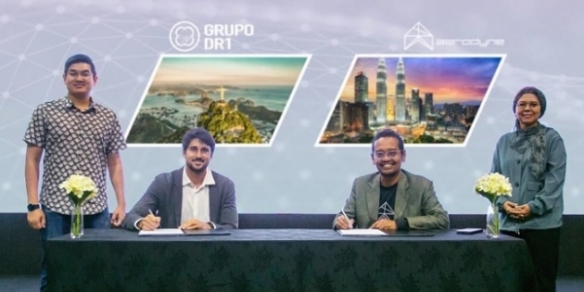