WHAT do deep learning, robotics and the classroom have in common? All of them require the human touch to ensure successful operation and execution, according to experts at the EmTech Asia 2016 conference.

The first day of the ongoing conference saw experts speaking on topics ranging from deep learning and artificial intelligence (AI), to bionics and personalised, targeted healthcare.

Key concepts revolved around the need for humans in the equation, and how technology is ultimately going to augment, not replace, humanity.

Deep learning is a concept that has been around since the dawn of computing, according to Quoc Le, research scientist with the Google Brain project.

“We built a platform called tensorflow and over time it took off and was used extensively at Google,” he said.

“We want to empower not only users inside Google but people outside as well, and we believe that machine learning will play an important role in making decisions,” he added.

Tensorflow is already being used and is helping machines cut down on error rates, according to Le, who added that machines can now recognise 95 out of 100 images.

“This technology is being used in Google photos, and it can search for different pictures and so on,” he said.

Technologies like this are still a far cry from actual AI, argued Le, although he said he believes that deep learning is a part towards achieving such an entity.

“I genuinely think that deep learning will be a very important component that will lead to AI,” he said.

But we puny humans will still be around for the immediate future. Deep learning still requires a human to teach the machine, and a robot still requires human input to achieve its tasks.

Jun-Ho Oh, director of the Humanoid Robot Research Centre at the Korea Advanced Institute of Science and Technology, emphasised this point in his presentation on how his team won the US Defence Advanced Research Project Agency’s (Darpa) robotics challenge.

“Everyone thinks that everything can be done by AI, and AI is great for monitoring and judgement, but when it comes to translating this into action … then it is very dangerous, because while it can be 90% correct, that 10% still poses a danger,” he said. Perhaps Hollywood has not been so far astray after all. Yet it certainly has been with bionics and exosuits, which conjure images from the Iron Man and the Aliens movies.

The reality is very different, according to Homayoon Kazerooni, Professor of Mechanical Engineering and director of the Berkeley Robotics and Human Engineering Laboratory at the University of California at Berkeley.

In fact, while the reality may seem very pedestrian, it is actually far more important.

“Back and knee injuries are the No 1 and No 2 injuries in the workplace according to US Department of Labour statistics, costing US$600 million a year,” Kazerooni said.

“We are trying to equip people with technology to become more capable at what they do, and most importantly, it has to be economically feasible,” he added.

Exosuits help people in their jobs by taking on the stress and tension that their work brings to their joints. Citing an example of SuitX’s trunk support exosuit, Kazerooni claimed it reduces forces on the L5 vertebrae by 60%.

“This machine does … only one thing – as soon as you start to bend down to pick up something and adopt the wrong posture, it minimises the stress, solving a costly problem,” he said.

Watson is being used to help tailor diagnoses and treatments based on patient history, according to Joanna Batstone, vice president and lab director at IBM Research – Australia, and chief technology officer at IBM Australia and New Zealand.

“Watson Health is about improving and enhancing the quality of care, both in terms of the health and wellness of the individual, as well as cures and treatments for specific diseases,” she said.

“Healthcare is a US$7 trillion industry and analysts will tell you that 30% of that is wasted in treating people incorrectly,” she added.

Getting a tailored holistic view of a patient’s history could help in giving targeted, precise and personalised treatment, according to Batstone.

“One of the drivers for healthcare is data – the ‘data-centricity’ of the healthcare world and the explosion of data means we need cognitive systems to keep up with the data,” she said.

“In 2005 there was a chess tournament – amateur human beings playing with a not very sophisticated computer actually defeated a grandmaster with a powerful computer.

“Why was that? It was because of the process – it was all about the skill of the human beings in managing the computer to do something faster, to achieve their objective of winning their chess match,” he said.

Combining the strengths of the machine and humans can lead to a powerful partnership, according to Lyons.

Digital immortality: How to create an eternal copy of yourself 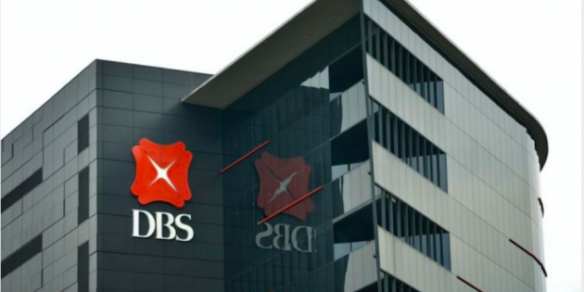