The new service, rolled out last week in Indonesia, will help retailers and brand owners – especially the larger ones – push their products across multiple online marketplaces, the company said.

“There are more than 200 online marketplaces all over Asia currently, and there will be more to come,” said the company’s Indonesian chief operating officer Hadi Kuncoro (pic above).

“The task of managing online channels will be harder than ever for retailers,” he told a media conference in Jakarta on Jan 28.

The channel management service will automatically list a product at several online marketplaces that match the product’s characteristics as well as its target market.

“We can actually push one product to many online stores with only one step, at one time, from one centralised inventory system,” said aCommerce group chief executive officer Paul Srivorakul.

According to company executives, aCommerce revenue tripled in 2015 from 2014, although they did not give specific figures. It currently has 167 active clients in Thailand, Indonesia and the Philippines, including Lazada, Blibli.com, Groupon, as well as consumer product brands such as Unilever and L’Oreal.

For brand owners and retailers, selling products online is fast becoming the new normal. The question is how they do it – via their own sites, online marketplaces, or both?

For example, MeitaVi’s, a local fashion brand based in Bogor, West Java, has had its own e-commerce site since last year, but is still pushing its wares to bigger e-commerce platforms such as Zalora.

“Fashion products move really fast; we are now handling e-commerce sales by ourselves and we have managed it well so far,” said its e-commerce and marketing executive Vita Wiredja.

“Channel management services like what aCommerce is offering, should help us move our products more quickly, and even help us sell regionally,” she told Digital News Asia (DNA) on the sidelines of the aCommerce event.

In contrast, local retailer PT Gilang Agung Persada (GAP), which owns the licence in Indonesia to 19 global brands including Guess and Givenchy, has no digital sales strategy yet.

“GAP does not have our own digital sales team or strategy for now, but we are looking at the opportunity to sell our brands online, on top of our traditional distribution channels,” said its chief financial officer Andry Irwan.

“We’ve been operating for about 20 years with a traditional distribution channel, we have hundreds of physical stores across the country – but the digital world is something new that we need to explore,” he added.

Owned by Singapore’s FJ Benjamin Holdings Ltd and Indonesia’s Saratoga Investama Sedaya, GAP has 150 stores and claims to be the second biggest retailer in the country after Mitra Adi Perkasa.

Andry said the company has tried several online marketplaces before, but the results were not as good as it had hoped for.

“Going digital for retailers is not as easy as people say – we need to find a good combination of strategy and product placement, and a good team to handle digital sales,” he added.

Concurring, aCommerce’s Hadi said its channel management service targets big retail brand owners – both local and regional – mainly because these retailers have been operating with traditional channels successfully for so long, but are still trying to figure out how to conquer the digital world.

“Every single online marketplace has its own content and photo requirements for products to be sold on its platform.

“Our channel management system and automation engine will take care of that – retailers do not need to worry about these little details,” he added.

Expanding to Malaysia and Vietnam Founded in 2013, aCommerce started in Thailand then slowly expanded to the Philippines and Indonesia, offering its fulfillment services – warehouse and shipping – to e-commerce players.

Over the years, it has expanded beyond just fulfillment services to offer end-to-end solutions for e-commerce, from building the technology, marketing and customer services, to communications and public relations – and now, channel management and distribution.

“That’s a lot to do, we know … but we see this as an opportunity,” said chief executive Srivorakul (pic above).

“Rather than outsourcing services to different types of providers, clients can now simplify and consolidate every service they need around e-commerce,” he added.

This year, aCommerce is looking to expand its network to Malaysia and Vietnam too.

“We will enter Malaysia in the second quarter of the year, with our entire services portfolio including channel management,” Srivorakul told DNA on the sidelines of the press conference.

Malaysia and Vietnam would thus be the company’s fifth and sixth markets, and this expansion will drive and open up cross-border trade between South-East Asian countries, he argued.

The objective is not only to help local brands go regional, but to also help regional brands further penetrate local markets, according to Srivorakul.

This move was made “to strengthen cross-border logistics capabilities and to welcome the arrival of the Asean Economic Community,” the company said in an official statement at the time. 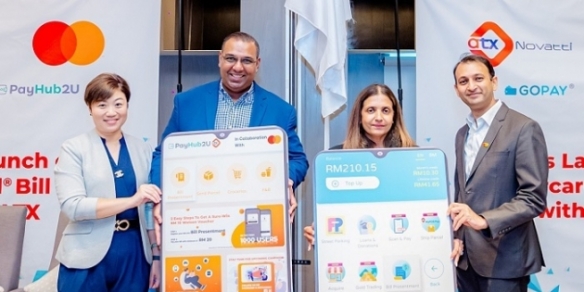