5 data centre trends for 2016, according to Emerson Network Power

DATA centre technologies are emerging and evolving at an astounding pace, according to Emerson Network Power.

Bimodal IT, software-defined networking, and the Internet of Things are impacting traditional system architectures, the company said in a statement detailing data centre trends to watch for in 2016.

“We are seeing changes at both the core/ cloud as well as the edge of the network,” said Anand Sanghi, president of Emerson Network Power in Asia.

“We have also seen rapid adoption of modular and containerised data centre solutions by telecom operators seeking agility; as well as growing demand by our hyperscale and co-location customers for high-efficiency power and cooling infrastructure and data centre infrastructure management (DCIM) to optimise performance,” he added.

Below are five trends shaping the data centre landscape in 2016 and beyond, according to the company:

1) The cloud gets complicated

Most organisations are now using cloud computing to some degree. The evolution from SaaS (Software-as-a-Service) to true hybrid environments, in which cloud services are used to bring greater agility to legacy facilities, continues to advance as more organisations move to a bimodal architecture.

Rather than stabilising, however, the cloud could get more complex.

The latest server utilisation research, conducted by Stanford’s Jonathan Koomey and Anthesis Group’s Jon Taylor, found that enterprise data centre servers still only deliver, on average, between 5% and 15% of their maximum computing output over the course of a year.

In addition, 30% of physical servers are ‘comatose,’ meaning they have not delivered computing services in six months or more.

The push to identify and remove comatose servers will continue to build momentum and is an essential step in managing energy consumption.

However, the potential for unused data centre capacity to become part of a shared-service, distributed cloud computing model will also be explored, enabling enterprise data centres to sell their excess capacity on the open market, said Emerson Network Power.

While data centre technology plays an important role in ensuring efficiency and availability, operators are focusing less on technology and more on the architectures in which those technologies are deployed.

“We are seeing more customers who in the past would have defaulted to a traditional Tier 3 or Tier 4 power architecture coming to us and asking for help in defining the right architecture for their environment,” said Peter Panfil, vice president of global power for Emerson Network Power.

“They have confidence in the technology – that’s become a given. What they are looking for is a system architecture – increasingly a non-standard architecture – that is tailored to their requirements for flexibility, availability and efficiency.

“They value expertise and experience more than technology,” he added. The Internet of Things (IoT) will not only impact future data centre architectures by increasing the volume of data that must be processed, it will also change data centre management – and the latter sooner than the former, said Emerson Network Power.

Today’s data centres include thousands of devices that speak a host of languages, including IPMI, SNMP, and Mod Bus.

This creates gaps between systems that limit efforts to manage holistically. That limit will cease to exist as Redfish, an open systems specification for data centre and systems management developed by Emerson Network Power, Intel, Dell and Hewlett-Packarde, gains traction.

Redfish will create interconnectivity across data centre systems, enabling new levels of visibility, control and automation, Emerson Network Power claimed. Its adoption will also help establish best practices for effective use of the IoT in other applications.

The industry has been dealing with efficiency since at least 2007, but the focus has largely been financial, the company said.

Now, with organisations like the National Resources Defence Council raising awareness of data centre energy use, some businesses are shifting their focus from efficiency to sustainability and viewing their data centres through a social responsibility lens.

Data centre operations – including carbon footprint, alternative energy use, and equipment disposal – are now being included in corporate responsibility statements, creating greater pressure to make advances in these areas.

The impact of this trend will not be limited to on-premises technology decisions. To be meaningful, reporting must include the full data centre ecosystem, including colocation and cloud providers.

As this practice grows, sustainability will rise to the level of availability and security as must-have attributes of a high performing data centre.

5) The neighbourhood data centre moves in 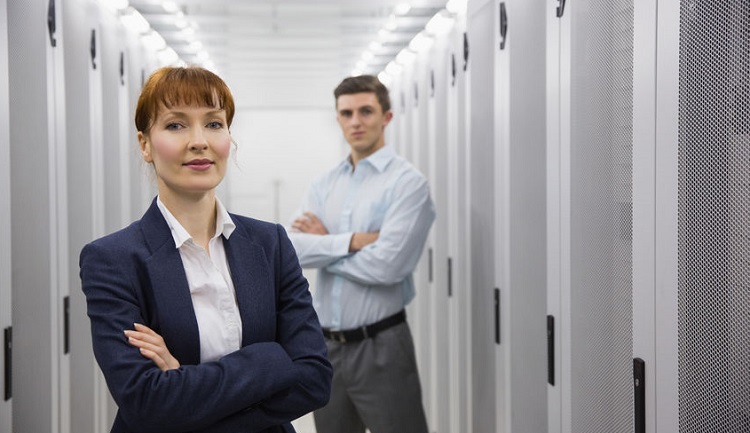 The growth in digital content consumption and data collection is challenging the centralised data centre model, according to Emerson Network Power.

While large data centres will continue to provide the majority of computing, they will increasingly be supported by edge facilities, or neighbourhood data centres, that provide low-latency content and applications to users or data processing and logic for IoT networks, the company said.

As these micro data centres, operating as satellites to a central facility, proliferate on corporate campuses and in high-density residential areas, their success will depend on the use of standardised, intelligent systems that can be remotely managed.

“At the heart of all these new trends is the growing need among businesses for speed, flexibility, efficiency and sustainability in the data centre to cope with disruptive technologies, while remaining competitive,” said Anand.

“It is all the more critical for businesses to have agile IT infrastructures to address these developments,” he added.

Should you jump on the modular data centre bandwagon?